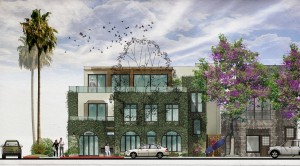 The South elevation of the proposed Whitney mixed use residence. 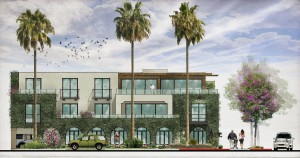 West Elevation of the Whitney mixed use residence

“The building features generous setbacks articulated on its north, west, south and east sides. At the southwest corner, the building addresses the intersection of Avenida de La Playa and El Paseo Grande with a 15′ x 15′ plaza entrance to the retail portion of the building. Additionally we have incorporated a 15 foot deep veranda along Avenida de La Playa at ground level. Pursuant to the request from the Planning Commission, we have agreed to incorporate a 5 by 15 foot deck on the east side of our building facing the ill-conceived designed building of our neighbor” Whitney said. “Our neighbors for some reason elected to place 15 of their 18 windows directly overlooking our property and a solid wall with no windows on their east property line. Now the neighbor Ms. Naegle, the La Jolla Community Planning Association (LJCPA) and La Jolla Shores Tomorrow (a group formed by Naegle and several LJCPA Trustees to oppose projects), are all crying foul because we are doing the same? 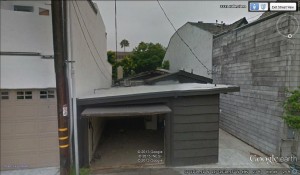 Two Naegle designed buildings towering over the adjacent property. On the right is the Naegle’s east wall with no windows, 15 of the 18 windows are on the west wall overlooking the Whitney property.

Whitney said “Contrary to City Staff and the Planning Commission, the LJCPA, lead by their disputed President Joe La Cava, former Trustees Phil Merten and Myrna Naegle  continue to contend our 8,518 square foot  building is out of character with the commercial neighborhood of La Jolla Shores. They continue to argue  our building does not comply with the La Jolla Shores Planned District Ordinance (PDO) and La Jolla Shores Design Manual, but they can not reference specific violations. They ignore that the LJCPA recently approved a 18,000 square foot single family residence on the east end of Aveinda de la Playa while continuing to dismiss the four story 38,000 square foot office building and the five story Clubdominiums across the street. from our property”.

The Planning Commission, lead by Commissioner Susan Peerson, disagreed with the LJCPA, La Cava, Naegle, Merten and La Jolla Shores Tomorrow’s attorney Julie Hamilton. Peerson said, “I don’t  believe any language in the Shores’ PDO precludes projects from fully utilizing their development potential. I believe the character of the neighborhood will change, and I think that this is a project that’s a positive change. I appreciate the community’s concern, but I also believe these one-story buildings (along Avenida de la Playa) are going to be replaced with two- and three- story buildings. I do not see that this neighborhood is going to keep that small development envelope that we see now, nor should it. We’re encouraging our pedestrian areas where you have residences, employment and shopping that allows for a mix of uses and maximizes the density.”

The good news for the Whitney project was however short lived. On April 24th, La Cava once again filed an environmental appeal of the Planning Commission 5-1 decision. La Cava stated in the appeal; “The appeal is based on the actions of the LJCPA in December 2013 and the LJCPA bylaws. I hereby file the appeal for the following reasons; (1) The EIR is inadequate. (2) The LJCPA disagrees with the conclusions in the EIR that the project is in conformance to the La Jolla Shores PDO, the La Jolla Shores PDO Manual and the San Diego Municipal Code”. Whitney replied “Mr. La Cava, who has admitted he was not duly elected to the LJCPA, has filed the environmental appeal of our mixed use building in violation of the LJCPA bylaws, City Council Policy 600-24 and the Brown Act. We plan to move forward, exhaust our administrative remedies, as required by law, and deal with his inappropriate actions soon”.