La Jolla Light, where is the ambiguity? 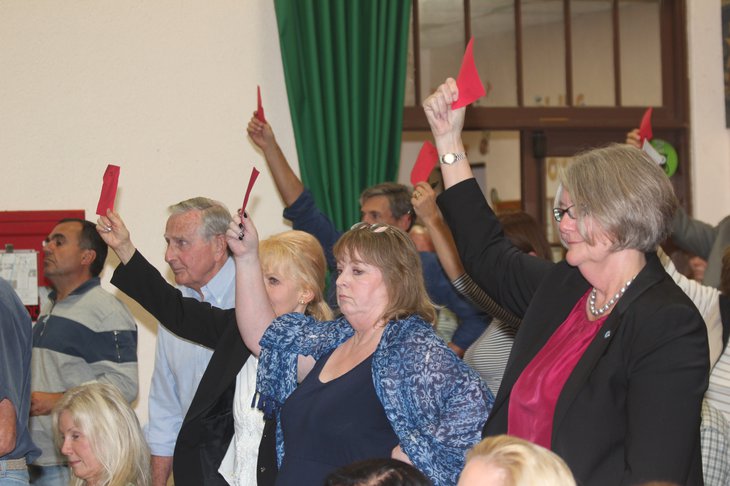 We have been reading the coverage of the debacle regarding the La Jolla Community Planning Association (LJCPA) recent elections. Were puzzled as to why the La Jolla Light continues to misrepresent, to its readers and our community, the facts regarding this calamity. Here one of our members addressed just one of the inaccuracies in the recent article; “Planners adopt city’s election debacle fix”. This article’s asserts, the confusion centers on ambiguities between the LJCPA bylaws and City Council Policy 600-24 (600-24), as to whether new candidate have priority over termed-out candidates.

What is ambiguous about the following?

Article V Section 3 of the LJCPA bylaws states; In the election process, the LJCPA shall seek enough new Trustee candidates to exceed the number of Trustee seats open for election in order to allow those who have served six consecutive years to leave the group for at least one year.

Article III Section 4 of the City Council Policy 600-24, (Administrative Guidelines) allows; If a candidate with service beyond six years (per LJCPA bylaws) appears on the ballot, with not a sufficient number of new candidates to fill all the vacancies, the ballot should identify the candidate that exceed the planning group’s allowable term limits. The termed-out candidate is required to receive a two-thirds vote of all ballots cast to be elected. The ballot should also indicate termed-out candidates will not be seated if there are a sufficient number of new candidates to fill the vacant seats, i.e., a new candidate has priority over candidates exceeding the term limits.

Contrary to the LJCPA Officers response discrediting the election challenge, Jim and Joe publicly acknowledged they had not been duly elected. Jim Fitzgerald stepped down. Astonishingly, Joe La Cava, with the support of his LJCPA Trustee contemporaries, refuses to abide by the LJCPA bylaws and 600-24 and has been appointed to what will be a nine year term!

There are no ambiguities between the LJCPA bylaws and 600-24. The new candidates, including Michael Morton, were duly elected. By his own admission, Joe La Cava was not. The only ambiguities we see are; why hasn’t Joe stepped down and why is Councilperson Sherri Lightner supporting his decision? Answer: 2016.