Don’t Build Next Door to a LJCPA Trustee!

The Whitney three-story building complies with the San Diego Municipal Code and the La Jolla Shores PDO. It was approved by the La Jolla Shores Permit Review Committee, City of San Diego Hearing Officer and approved twice by the City of San Diego Planning Commission. It was not approved by the La Jolla Community Planning Association (LJCPA). It was not approved because the Whitney’s proposed building would block the view of their neighboors three-story building. This building is owned by Mr. & Mrs. Naegle. Mrs. Naegle is currently serving in her husband’s former position as a sub-committee member of the LJCPA and opposes the Whitney building. District 1 San Diego City Council member Sherri Lightner has lent her support to the Naegle’s opposition of the Whitney Mix Use Building. Ms. Lightner listed on her re-election website, as one of her accomplishments, she is requiring the applicant (Whitney’s) to perform a full Environmental Impact Report (EIR) for this project. The pictures below represent the fully compliant Whitney mixed-use project. 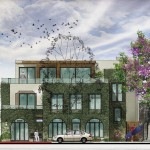 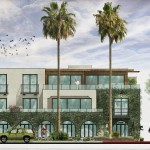 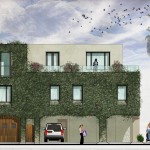 The Altaire four-story building (pictured below) is also located in La Jolla, at the corner of Neptune and Playa del Sur at Wind-n-Sea beach. This building is approximately 4,000 square feet larger than the proposed Whitney Mixed Use Building. It also complies with all the City of San Diego Municipal Codes. It was unanimously approved by the LJCPA Development Review Committee. It was also approved unanimously by the LJCPA on the consent agenda. Although the Altaire building will also block their neighbors view, their neighbors are not Trustees or committee members of the LJCPA. San Diego City Council member Sherri Lightner did not however require the applicant of this project to perform a Environmental Impact Report. 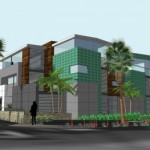 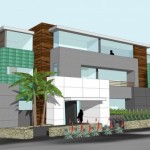 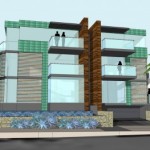