“I find your comments troubling” 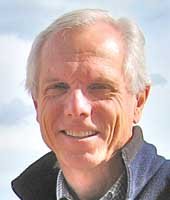 La Jolla Community Planning Association (LJCPA) Trustee, Phil Merten and Chair of the La Jolla Shores Permit Review Committee (LJSPRC), explains to the Planning Commission, on April 16 2015,  just how underhanded the approval process can be in La Jolla. Merten’s comments confirm why the Whitney family terminated their relationship with their original architect Dale Naegle. Merten for the first time publicly explained, Naegle designed the Whitney’s building knowing the LJCPA would not approve his design! Unbeknownst to the Whitney’s, there would be behind the scene maneuvering between Merten, Naegle and the LJCPA, led by Joe LaCava, requiring the Whitney to change the design in the name of the “Community”. Click the video below to watch Planning Commissioner, Mr. Hass, tell Merten how troubling his comments are as a member of the LJCPA and as a professional architect.