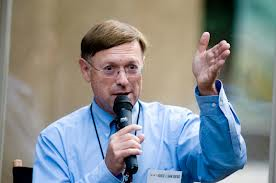 Pursuant to the people’s instrument, City Council Policy 600-24(600-24), our La Jolla Community Planning Association (LJCPA) is recognized by the City Council to make recommendations to the City Council, Planning Commission, City staff, and other governmental agencies on land use matters, specifically, concerning the preparation of, adoption of, implementation of, or amendment to, the General Plan or a land use plan within the boundaries of La Jolla.

As you know the purpose of this instrument is to identify responsibilities and to establish minimum operating procedures governing the conduct of our LJCPA when they operate in their officially recognized capacity. It is the policy of the City Council to require our LJCPA, as a condition of official recognition by the City of San Diego, to submit a copy of their “bylaws,” to the City. Their bylaws must contain, at a minimum, all the provisions addressed in 600-24.

The City of San Diego has determined that since our LJCPA is an advisory body created by an action of the City Council, they are therefore subject to another instrument of the people, California’s Open Meeting Law, the Ralph M. Brown Act (“Brown Act”) (California Government Code Sections 54950 through 54963).

On September 30, 2011 the LJCPA President, Mr. Tony Crisafi, and Vice President, Mr. Joe LaCava, were summoned to meet with Ms. Mary Wright. The purpose of the meeting was to discuss the LJCPA unapproved appeal “Policies and Procedures” and the action of the President regarding his project at 1912 Spindrift. On August 4, 2011, the LJCPA Trustees voted to appeal the President’s project at 1912 Spindrift. The President however failed to file the appeal within the required 10 day period. His actions spared his client perhaps hundreds of thousands of dollars and an enormous amount of time associated with the appeal process. Mr. Crisafi and Mr. LaCava were both informed of the President’s failure to file an appeal and the LJCPA appeal procedures were inconsistent with the provisions and the intent of 600-24. They were given a slap on the wrist and instructed to cure and correct the President’s failed action and incorporate their appeal “Policies and Procedures” into their bylaws in order to make them officially recognized by the City of San Diego.

For the past two years our LJCPA has failed to appropriately incorporate City approved appeal policies and procedures into their bylaws. Our community is puzzled as to why our LJCPA simply does not honor the provisions and intent of the instruments already created by the people of San Diego and the State of California, such as; 600-24, the Brown Act, Information Bulletin 505 and San Diego Municipal Code Chapter 11 Article 2, Section 5, to guide them while operating in their officially recognized capacity.

Mr. Goldsmith, it is time to send a clear message to our LJCPA Trustees; they must conduct the official business of our LJCPA in accordance with the instruments created by the people of San Diego and the State of California. The people rely on the provisions and intent of these instruments to assure their deliberations, votes, and actions are taken openly and at a publicly noticed meeting. It is not the intention of the people or their instruments to allow the LJCPA President to take action “based on his individual judgment” and then go back to the community group at a later date for confirmation or to “Cure and Correct” his actions.

The City of San Diego and the people of La Jolla, in delegating authority to our LJCPA Trustees, did not give them the right to decide what is good for us to know and what is not good for us to know. The people insist on remaining informed so we may retain control over the above mentioned instruments that we have created.

Mr. Goldsmith, we are hopeful your actions will require our LJCPA to conduct the people’s business with the appropriate guideleines that are currently set forth in the above mentioned instruments rather than complicate the appeal process by imposing their own appeal procedures that have been previously determined are in direct conflict to the intent of the people’s instruments.

We look forward to a timely response from your office.