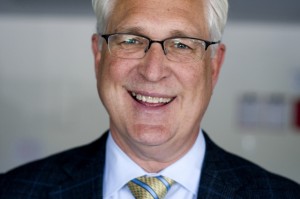 By: The La Jolla Light

In 18 days, if you haven’t already voted by mail, you’ll be asked to cast your vote for a variety of candidates vying for an assortment of public-service offices.  In the contest for City Council District 1 representative — our first-responder for La Jolla, the Village and community-wide issues — we’re choosing Ray Ellis over incumbent Sherri Lightner.

Though Lightner promised to take our neighborhoods to city hall — and has done so — she left our neighborhood issues on the steps of city hall. Was the voice of La Jolla ever really heard downtown? We still have crumbling streets and sidewalks, water mains breaking, police and fire department vacancies, neglected palm trees falling over, antiquated lifeguard stands on our beaches, and traffic volumes at speeds whizzing out-of-control.

Though Lightner is a hard-worker who is beloved and supported by many and has the best intentions for her community, she hasn’t built the coalitions in city hall that are needed to get things done. And to say La Jollans are frustrated over the decline of their once-sparkling jewel is a polite understatement. Her 11th-hour project updates to advisory groups this fall came too little, too late.

Ellis, on the other hand, has built partnerships and coalitions through his business dealings and public service. His negotiation skills and business acumen will lead to the type of representation we need on the city council at this pivotal time in San Diego history.

In debate after debate, Ellis points to his work on the Balboa Park Conservancy, the San Diego City Employees’ Retirement System board, and his involvement with the passage of Prop B, the initiative to switch new city hires to 401(k)-style plans, as examples of how he has already helped the city.

Both candidates did incredible jobs during the debate hosted by the Light on Sept. 19, but in the end, after watching their performance in repeated debates, Ellis had many plans and ideas that resonanted with us, while Lightner’s vision and plea for another four years came up short.