Below is a computer generated image of the South Elevation of the Whitney Mixed Use Building. 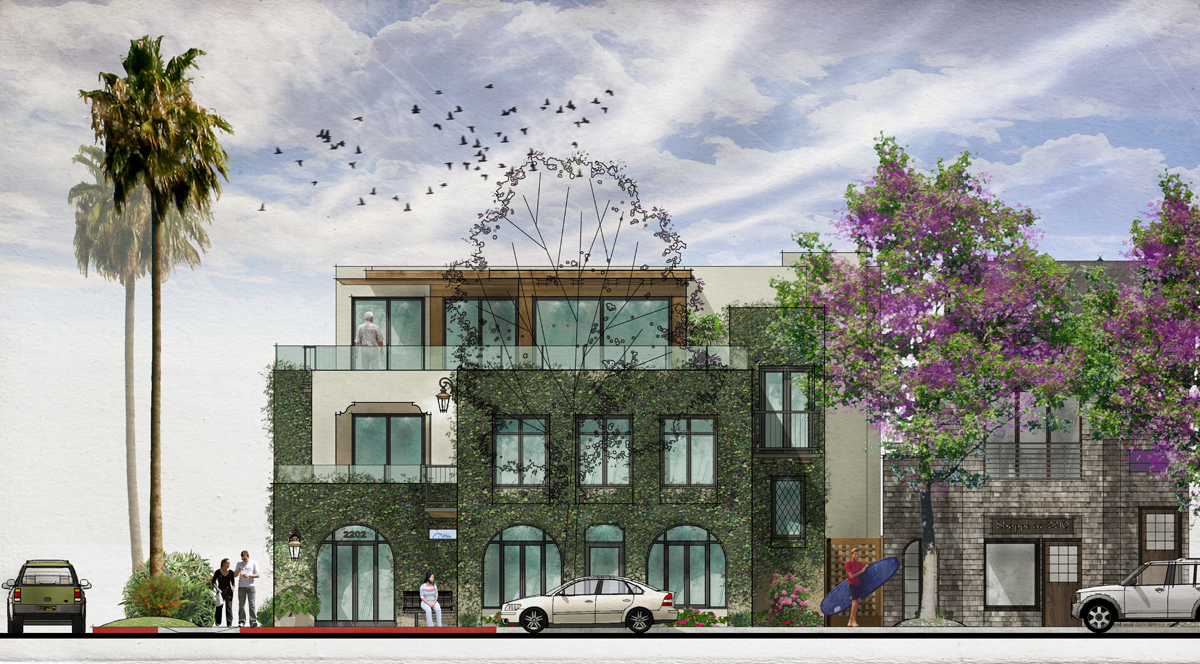 LJCPA Trustee Phil Merten and La Jolla Shores Permit review committee member Dale Naegle both took the LJCPA oath of office which states; …” I will uphold the highest standards of community service, that I will fairly and impartially consider all points of view, that I will refrain from self-interest, that I will respect all those with whom and for whom I serve”…. Despite the oath taken, they created the “The Big White Lie” seen below.

It was Mr. Naegle’s wife, in conjunction with La Jolla Shores Tomorrow President Mr. Vaughn Woods, who distributed this false image throughout the neighborhood to garner support against the Whitney building to protect the Naegle’s private view from their three-story home.