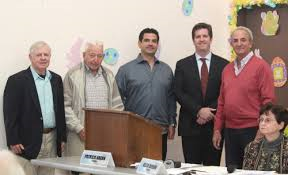 At the March 2014 annual election of trustees for the La Jolla Community Planning Association, the membership elected seven out of the nine candidates running to serve as trustees. As Michael Morton received the lowest number of votes, he was not elected. Later, in July 2014, a second election was held to fill two new vacancies. Having not been elected, Morton ran again. The membership soundly rejected his bid, and he again received the lowest number of votes cast.

Without any investigation, and in disregard of the LJCPA Bylaws, William Fulton, Director of Planning, Neighborhoods and Economic Development (who has since left his job to serve in another city), stated that city staff recommends the LJCPA seat Morton claiming the LJCPA had violated its own Bylaws. On Sept. 4, the LJCPA trustees voted overwhelmingly to reject Fulton’s recommendation and to affirm the elections of both March and July by a vote of 10-1 (with four abstentions).

In order to eliminate any future confusion in the voting process, an ad hoc committee had already been appointed at the Oct. 2 LJCPA meeting to clarify the Bylaws. The trustees believed this would be an effective solution to avoid any future problems of this nature.

Incredibly, on Oct. 14, the day following the meeting at the mayor’s office, the LJCPA president called two special meetings of the LJCPA, a general membership meeting to be followed immediately by a meeting of the trustees. These are scheduled for 6 p.m. Oct. 29 at the La Jolla Rec Center. The stated purpose of the membership meeting is to consider adopting the following unnecessary and compromising amendment to the LJCPA Bylaws by adding the words in bold:

“The LJCPA Board of Trustees shall consist of a total of 18 trustees, except that for the period Nov. 1, 2014 through April 1, 2015 there shall be 19 trustees. The additional trustee shall be known as the ‘19th trustee.’ ”

The meeting of the trustees is then to consider the following ill-conceived and manipulative question:

“In order to resolve the dispute with the city shall the LJCPA accept the city’s compromise solution and seat Michael Morton as the “19th trustee” pending city approval of the amended bylaws?”

To insist on seating an individual whom the voters did not elect is a compromise on the basic principles of democracy. The LJCPA president has unnecessarily and inappropriately reignited a quelled controversy. Not only is he exacerbating the situation, the president is wasting the time and energy of concerned La Jolla residents. On his own and without the authority to do so, the president has rejected the will of the LJCPA electorate as well as the adopted motions of the trustees. Seemingly, the only explanation for the president’s action is to appease Morton and other members of city staff who are trying to thwart the vote of the LJCPA membership by forcing Morton’s appointment.

The independence of the LJCPA from the executive branch of government is at stake. The LJCPA is not an arm of city Planning Department. Rather, it is an independent California non-profit corporation that has chosen to serve the City of San Diego by adhering to policies set by the city council. The LJCPA is part of the legislative branch of government and is not subject to the dictates of the executive branch. City staff should let the LJCPA conduct its own elections and interpret its own bylaws and respect the fact the trustees overwhelmingly voted that the LJCPA has abided by its bylaws.

The LJCPA promotes the successful implementation of the Progress Guide and General Plan of the City of San Diego by applying personal knowledge of the needs and aspirations of the La Jolla community. According to the ordinance indemnifying the LJCPA, the LJCPA is of “inestimable value to the citizens of the City of San Diego.” This great value to San Diego is lost if special interests can evade the will of the LJCPA electorate by turning the LJCPA into a puppet of city staff.

We urge all members of the LJCPA to attend the Oct. 29 Special Meeting and soundly reject the proposed bylaw amendment. The president certainly understands that he serves the membership and trustees, not the special interests now at work.