In District 1 Its Who You Know! Not What’s Right or Wrong! 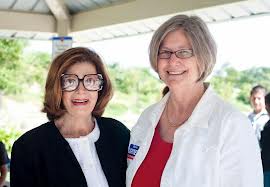 2226 Avenida de la Playa is owned by Vaughn Woods. Mr. Woods is President of La Jolla Shores Tomorrow an organization formed to save La Jolla Shores. His building, however is in serious violation of both the SDMC and the LJSPDO.

I submitted a request for investigation of code violations for the properties located at 2210 & 2226 Avenida De La Playa on September 9, 2010. Both properties were inspected and issued Civil Penalty Notices and Orders on April 14, 2011 and February 15, 2011 respectively. Both property owners, although founders of the small but vocal group known as La Jolla Shores Tomorrow, have done little or nothing to correct the cited violations and show respect to our SDMC and our La Jolla Shores Planned District Ordinance (LJSPDO).

The property owner of 2226 Avenida de la Playa has been cited for violations of the conversion of the garage to habitable space creating an illegal second unit with the installation of a bathroom, kitchen and floor to ceiling walls without the required ministerial building, plumbing and electrical permits. Additionally (i) the elimination of required off street parking (ii) the removal of the exterior staircase located in the front of the building (iii) the front door modification/relocation and the enclosure/addition to the front of the building on the ground floor (iv) the installation of an internal stair case and two doors along the west side of the building on the ground floor. In addition, the property owner is using the front half of his ground floor retail space for professional office use which is in violation of the LJSPDO.

The property owner of 2210 Avenida de la Playa has been cited for the violation of the conversion of the garage to office space in violation with La Jolla Shores/ Coastal Development Permit No. 90-0931 and Substantial Conformance Review, Project No. 96004482-P-1. The elimination of three of the four required off-street parking spaces. The illegal conversion of the required open carport to an enclosed garage, thereby, restricting the required egress path to the retail store on the ground floor level. The Notice required the Owner of 2210 to obtain permits to restore the development back to the previous permitted condition reflected by permit #B202050-03 issued on 6/20/2003 with final on 9/10/2003.

On October 3, 2011 I was told by Mr. Wisnleski the above code violations would be scheduled for Civil Penalty Hearings, to date this has not occurred. I am therefore requesting your office to investigate the following; (i) Why have these code violations not been corrected in almost two years?  (ii) Given the financial condition of our City, why have civil penalties for the above code violations of the Municipal Code and the LJSPDO not been assessed at the daily rate as described in the attached notice? and (iii) Is there any truth to Erin Demorest comments, to me, that code violations in La Jolla Shores are too numerous and therefore all code violations are being ignored by the NCCD? Additionally, do you believe it is appropriate for individuals that are knowingly in violation of the SDMC and the LJSPDO to be allowed to serve on the LJCPA or its sub-committees?

Given the years of experience in your office with the NCCD I am certain this matter can be resolved ASAP.

Thank you for your immediate attention in this matter.

2 Responses to In District 1 Its Who You Know! Not What’s Right or Wrong!