To the editor of the La Jolla Village News:

Your website states; “The San Diego Community Newspaper Group is dedicated to serving local coastal communities of San Diego, including La Jolla, University City, Pacific Beach, Mission Beach, Ocean Beach and Point Loma.” Your reporter however, often times shows his allegiance not to our community, but to the self-proclaimed land-use activists in our community.

Mr. Schwab has done a good job covering the local news in our community for many years, not only as a reporter with your paper but also with the La Jolla Light. Despite his lengthy experience of reporting in our community, he refuses 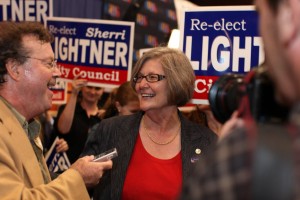 Due to his regular attendance at LJCPA monthly meetings and his familiarity with the community planning process, he certainly has witnessed the LJCPA and Hamilton’s tactics over the years. He is aware they will file lawsuits under the guise of newly-formed concerned community groups. Their groups include; La Jolla Shores Tomorrow, No Three Stories, Tax Payers for Responsible Land Use, La Jollans for Neighborhood Preservation or Save La Jolla. The true purpose of their innocuous community sounding petitioners is to delay, add substantial costs to the applicant’s approved project and obtain fees and expense awards for Hamilton. Your reporter fails to report the commonality of these surreptitious groups is they are formed by the same cast of LJCPA characters.

To bolster their grievance they will enlist one of the licensed architects on the LJCPA, to act as a professional witness, or to create distorted unattractive project renderings to be used at public meetings (click here to see video). Their relationship is so interwoven, Hamilton represented a architect and the President of the LJCPA as a character witness in front of the San Diego City Council when he allegedly presented false and misleading information regarding a project he was hired to oppose while the project was under review by the LJCPA (click here to view video). Then there is Hamilton’s go-to architect and former Chair of the La Jolla Shores Permit Review Committee (LJSPRC), listen as he explains to the Planning Commission, on April 16 2015, just how underhanded the LJCPA approval process can be in La Jolla (Click here to view video).

Their group “Save La Jolla” consists of two LJCPA Trustees. “Save La Jolla” filed a lawsuit to prevent the remodeling of a 500 square foot expansion to their next-door neighbor’s ocean front deck! Although the deck was built, it has been reported Hamilton was awarded fees and expenses for unrelated permit issues. Than there is” La Jolla Shores Tomorrow,” a group consisting of several LJCPA Trustees who have filed a lawsuit against the, City approved, Whiney Mixed Use project. In this lawsuit, they argue “Community character, bulk and scale, visibility triangles and the cumulative effect on neighborhood character”. The seven yearlong review process, however, has disclosed the groups real intent is to preserve the view from a LJCPA Trustee’s three story home overlooking the Whitney’s next-door single story home! Another LJCPA Trustee, led the Hamilton group “La Jollans for Neighborhood Preservation”. On appeal to the California Coastal Commission, their goal was to prevent the rebuilding of a multimillion dollar home in his neighborhood merely because he claimed the new ocean view home would be used as a vacation rental!

Editor, as a service to our community and in the spirit of fairness perhaps your reporter, Mr. Schwab, should report all the names of both the plaintiffs and defendants in these lawsuits. Including the names of LJCPA trustees that are members of Hamilton’s clandestine groups.