On September 5th a Superior Court Judge ruled that although Petitioners Bob Whitney and Michael Morton laid out in detail their criticisms of the La Jolla Community Planning Association’s (LJCPA) March 2014 election, they offered  little in legal analysis as to why their requested writ of mandate should be issued. Key contentions of the March 2014 LJCPA election challenge lawsuit no longer mattered and were therefore moot. 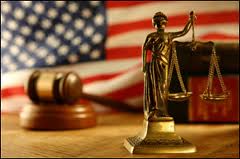 The term “moot” can be used in several related ways. It can mean; (i) an argument that no longer has any practical consequence. (ii) an argument that can be endlessly debated with no way to reach a clear conclusion. (iii) an argument that is about something completely meaningless and thus only argued for the sake of having an argument. Or (iv) in a legal sense, it can mean an issue whose resolution no longer matters due to changes in circumstances.

The court’s decision confirms the prolonged delay tactic used to ignore the 2014 LJCPA election challenge, by Joe LaCava and the LJCPA Trustees, assures that City Council Policy 600-24, the LJCPA’s City approved bylaws nor the courts can provide our community protection from planning group election fraud. What legal analysis did the courts need to determine if LaCava was duly elected? Did the Judge read LaCava’s March 2014 emails? In his own words, he admitted “My bid to return as an elected trustee was not successful”.

The court’s ruling simply guarantees that LaCava and the LJCPA will continue the charade that the community planning process in La Jolla is fair, transparent and open to everyone. Likewise, perhaps due to changes in circumstances in the June 2016 primary elections, the resolution of LaCava’s candidacy for City Council will be moot and therefor no longer matter. Hopefully, our community will vote for a fair, honest and transparent candidate who honors their word and abides by the established rules.

Below are Joe LaCava’s emails in which he admitted he was not duly elected!

I understand that Tony has asked the City to weigh in. You should know that both Jim Fitzgerald and I (both termed out members seeking reelection) have individually written the investigating LJCPA Officers *twice* explaining that neither of us were duly elected under the LJCPA by laws (See my email below.) Despite that the officers have concluded otherwise.

I realize the irony that I am arguing against my reelection despite my desire to sit on the LJCPA and the voting members clearly wanted me elected.

However, the integrity of the organization and conducting its operations in a credible manner is more important than any individual. I hope you agree.

By the way, I am out of town and will not be at LJCPA’s Thursday meeting.

Thank you for your guidance and support on planning groups.

Subject:      RE: Election Challenge and Response

After much thought, I find that I must register a rebuttal to the LJCPA’s response to the Election Challenge.

As I cannot attend the LJCPA’s April 3rd meeting, I request that my response is read into the record.

First I want to clarify that I did not participate in either the deliberations or the written response. Simply put, I was not one of the investigating Officers referenced in the LJCPA letter. Since I was directly affected by the outcome of the response, I made my statement to the other Officers, recused myself, and left the meeting.

Second and more importantly, I disagree with the investing Officers response as to whether I was duly elected under the bylaws. While Article V Section 2 validates being on the ballot, we must look to Article 111 Section 3 as to whether I was duly elected. The plain language of Article III Section 3 is quite clear “If not enough new members are found to fill all vacant seats on the LJCPA Board of Trustees, the LJCPA may retain some Trustee…..” The 4 announced candidates (excluding termed out candidates) plus 3 write-in-candidates total 7; undeniably, enough members have been found to fill the 7 vacant seats. This means that one part of the two-part threshold needed for a termed-out trustee to return was not satisfied, therefore, my bid to return as an elected trustee was not successful.

While the example used in the response letter does not apply in this case, the absurdity that a qualified write-in candidate with a single vote would be sufficient to thwart a termed-out trustee from returning is exactly the very low threshold intended to encourage turnover of trustees.

I am grateful to those that supported my candidacy and cast vote far in excess of the 2/3rds minimum threshold.

I appreciate the good work by the Investigating Officers in preparing the response. And most importantly I thank each of you for stepping up to serve our community.

I do not offer this rebuttal lightly but the integrity of the organization is more important than any individual.